Our trip from Adelaide to Wollongong

Ferries or punts provided the first crossings on the River Murray for many years, and still operate in many places today.

In 1839 Charles Bonney overlanding cattle to Adelaide from Port Phillip, pioneered a river crossing near what would become Wellington. More herds followed and crossing places were established at Woods Point, Wellington and Thompson’s. George Morphett established a small ferry at Wellington, and later another further upstream at Woods Point. Charles Bonney also discovered another suitable place named Thompson’s crossing (later called Swanport). William Carter was the first to take up the lease and was appointed in May 1849. These early ferries were hand operated and passengers were frequently asked to assist in winding the cable. Traffic on the ferry increased – in February 1852, 1234 people, 1266 horses and bullocks pulling 164 carriages crossed the river; fees collected were over 64 pounds. In 1857 there was a successful petition against the level of the fees.

A hand operated punt was opened at Mannum sometime before 1877, then another was constructed by the Crown Lands Department. From 1888 this was operated by the Mannum Council, and eventually fees were abolished

Swan Reach had a ferry by 1898. It was small and hand operated, like most of the others were at first, until a motor was installed in 1911. A bell was available either side of the river to call the ferry when a crossing was required. There had been some opposition to the ferry, with many believing it would be better installed further up the river. However, the ferry contributed significantly to the development of the land east of the river. 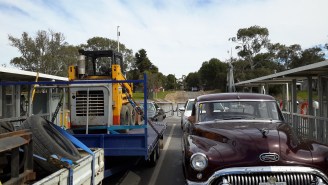 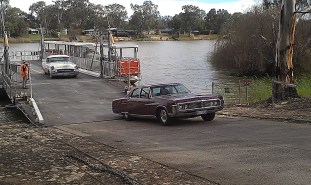 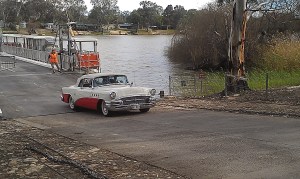 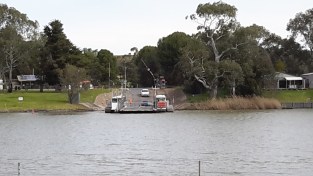 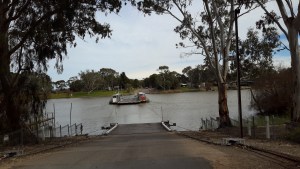 Nowadays the ferries on the river are operated by the Department of Road Transport and strict traffic regulations are applied. These ferries are designed to carry large vehicles and are very unlike their early predecessors.

Photos of the crossing on our way to the N.S.W National.

What an interesting Town Gundagai N.S.W.

On our trip from Adelaide to Wollongong for the N.S.W. Buick National

It is a wrought iron truss and timber beam road bridge over the Murrumbidgee River and its floodplain at Gundagai, New South Wales.

The bridge was named for the then reigning Queen Victoria’s son, Prince Alfred, and was built to carry the Great Southern Road (now the Hume Highway) across the Murrumbidgee. It opened in 1865 the bridge has a total length of 314m. 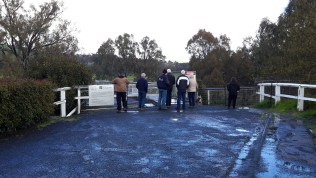 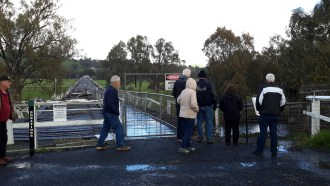 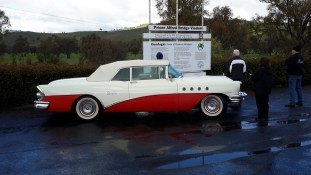 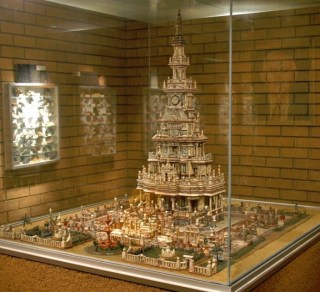 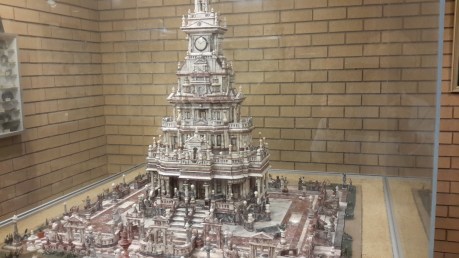 Frank Rusconi settled in Gundagai in 1905 where he became the local monument maker until his death on 21st May 1964.

In 1910 this work of meticulous accuracy was commenced and was completed in 1938.

Not surprisingly the statistics associated with the ‘masterpiece’ are astounding.

Aided by a lathe constructed form an old sewing machine, the tools used were ordinary mason’s tools. No plans or drawings of any kind were used throughout the whole period of construction, which took 28years.

Built from 20,948 N.S.W marble, the smallest of which was only 3 mm square and the largest (one of the columns) was 125 mm high. It has been estimated that during the work he wore out 4,368 fretsaw blades and 180 files. He was so much of a perfectionist that he discarded 9,011 pieces of marble either because they were not the exact shape or they were not the correct colour, each piece hand cut, turned and polished, there are 20 varieties of marble, each a different colour. The total hight of this masterpiece is 11 metres.

It has left an impressive legacy to Gundagai in the form of a miniature cathedral.

This amazing masterpiece is displayed proudly at the Visitor Informational Centre Gundagai. 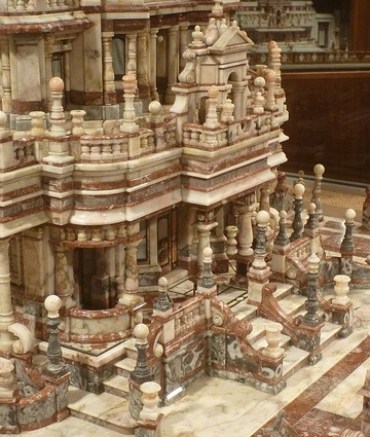 Leaving the Visitors Center in the park outside was Dad, Dave, Mum & Mabel 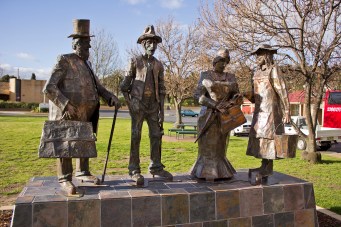 On Our Selection is a series written by an Australian author Steel Rudd,

“Dad & Dave from Snake Gully” is a 1937 Australian 11 Minute daily Radio Soap Opera. It is the story of a country family in the fictional town of Snake Gulley, Australia. You may remember it as Dad, Dave, Mum & Mabel as the Statue depicts them. The Gundagai connection is from the theme song for the long running radio drama series, which was “The road to Gundagai”

Before leaving Gundagai there was one more icon we all wanted to see, so we made it our morning tea stop, 5 miles from Gundagai 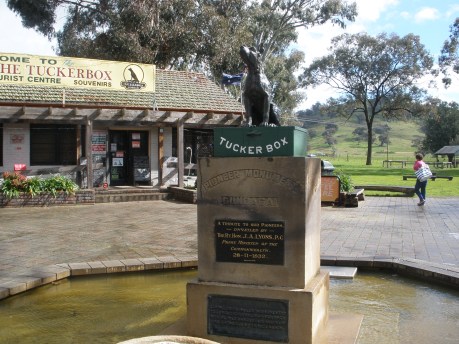 An internationally recognised Australian icon he Dog on the Tuckerbox

This monument was created in 1932 by Frank Rusconi as a tribute to our early settlers.

Began in Ouyen in 1998. Ouyen is located south of Mildura on the Calder Highway. After fourteen years of a successful event for the town, Ouyen committee decided in 2011 to hand the event over to another local community. Merbein had been searching for an event for some time, so the Merbein Development Association applied to hold the event, a community committee was formed, in 2011

The Great Vanilla Slice triumphed at Merbein. Of course we had to stop on our way to N.S.W. to try out these vanilla slices. From then on, the bakeries we stopped at for morning tea supplies a vanilla slice was often on the cards. 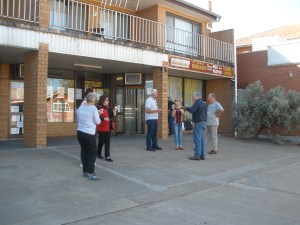 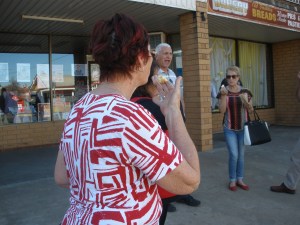 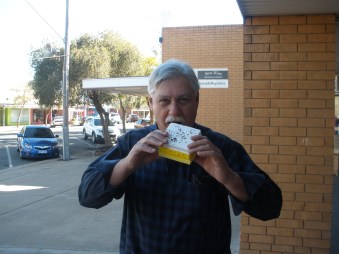 Return trip to Perth from Canberra